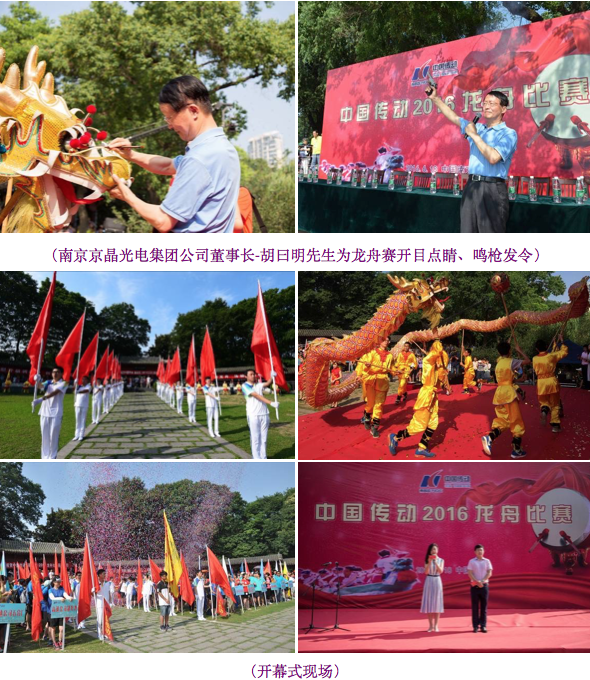 Dragon boat race kicks up clear waves, Athletes of NJC shows elegant appearance. In the morning of June 18th,NGC 2016 staff dragon boat race was kicked off in beautiful Mochou Lake Park.More than 20 delegations from each subsidiary company were organized for participation by sponsor and thousands of Nanjing citizens were attracted. Through the development of eight years, the annual NGC dragon boat race has become a kind of enterprise culture and the most popular citizen activity. The Nanjing Beijing crystal photoelectricity science and technology Limited company takes the Chinese transmission to serve under somebody's banner the capitalization subsidiary company, was established beginning from 2012 summoned on the response group, the positive participation, all previous years team has made not the vulgar progress. This year, the Beijing crystal photoelectricity altogether selected 16 diaphysis staff in the entire company scope to form a team participates, and has won the trophy finally.

As a wholly-owned subsidiary of NGC, NJC has answered the call of group and take an active part in the activity since 2012 in which it was established. All previous delegations have achieved good results.In this year,NJC has selected totally 16 backbones for participation and has finally gained Memorial Award.

In order to show the graceful bearing of athletes of NJC adequately, meticulous organization and careful preparation are made by company.Special clothing were purchased for players. Professional training has been carried out by the coach from Nanjing Water Sports School one moth before match.

In spite of the suffering of blazing sun and rain, players have insisted to do the best in every training. 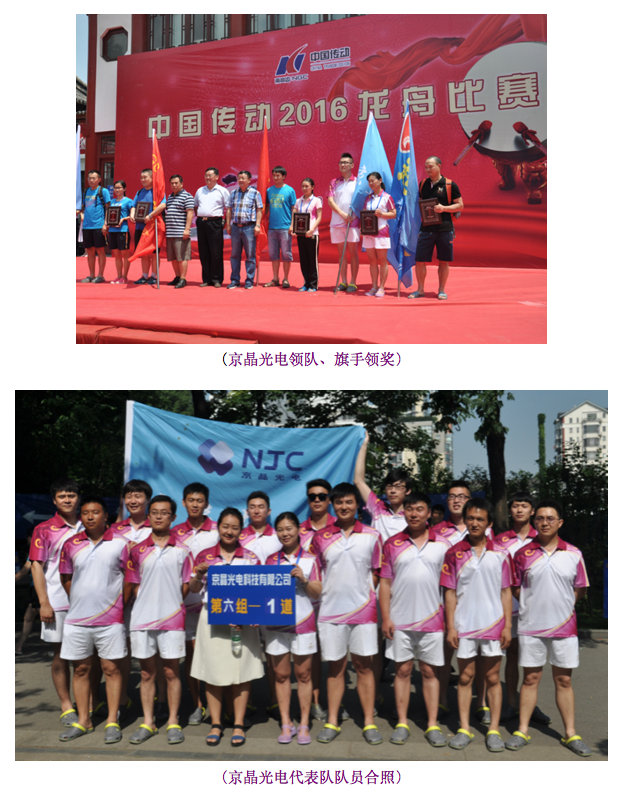 As a component of traditional culture of the the Chinese nation, dragon boat racing not only brings us competition of sports activities,much more important is the cultural connotation and dragon boat spirit transferred by match. NGC dragon boat racing is an important carrier in the enterprise cultural construction of NJC.It has enriched the cultural life of staff, increased the spirit of solidarity and collaboration and enhanced the cohesion of enterprise.Wish NJC takes the dragon boat and cleave through the waves,set sail for voyage in the future development.